12. This question relates to the electric fields shown in the diagrams below, which represent two charged objects near each other in space. 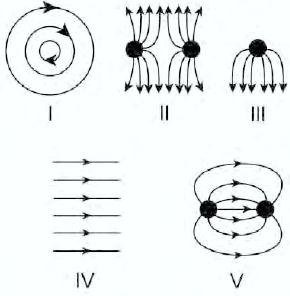