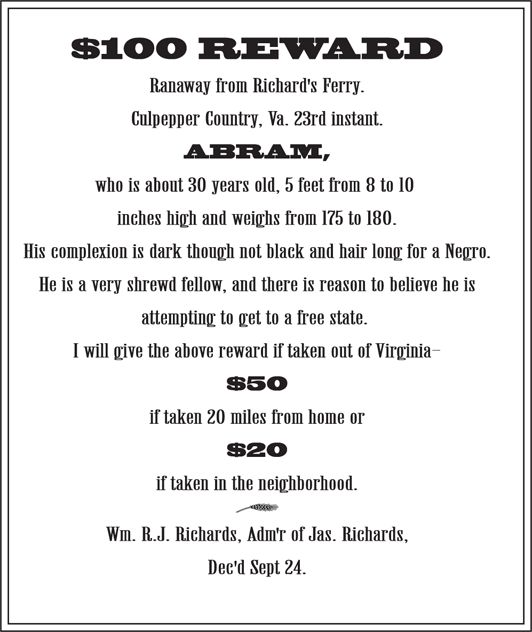 What word or words would a social historian find most useful in analyzing the above runaway advertisement?

The key word in the advertisement is shrewd. Social historians are interested in the ideas and actions of ordinary people, including masters and slaves. This master revealed an interesting contradiction when he called his slave "shrewd." If the slave is shrewd, how could the master argue that slavery was justified by the inferiority of blacks and their inability to run their own lives? Runaway advertisements are a wonderful source of information about slavery. The other choices are not as relevant in analyzing this document because they are normal expectations of the master for the runaway. Instant (A) means this month. Abram (B) was the slave's name. That he had long hair (C) would not be as important as his being shrewd. If he were going to a free state (E), why would that be unusual?